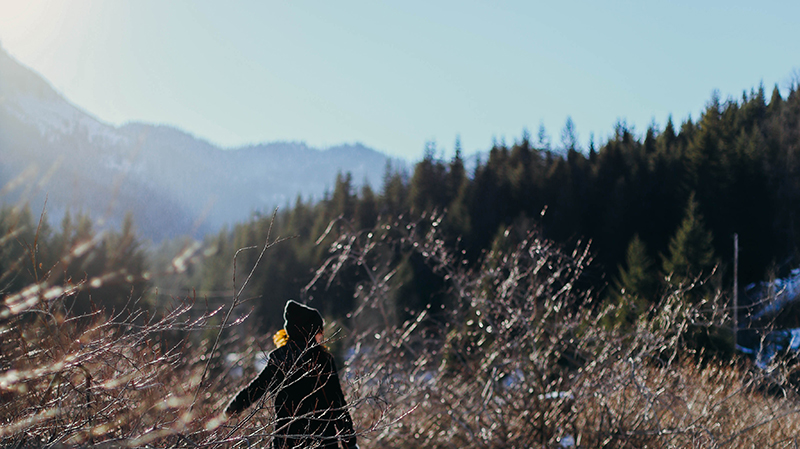 I love new years. I love the adventure and unknowns of something new. I love a fresh start. I love the dreams and anticipation inherent in beginnings. I love the freedom to be, to create, to build. To leave behind the old, only taking what I want into the new.

Last January I was so happy to leave 2013 behind. It was a tough year I wanted nothing more to do with. Fresh start indeed. This January couldn’t be more different. 2014 treated me well.

At first it was supposed to be a week off. I may or may not have dramatically hyperventilated because I JUST HAD to get a post published. Clearly a week was not long enough. Then a month and I breathed easier in general. Around 3 months I published a few posts and immediately hated the renewed pressure. Then…. oh, hi, 6 months.

Technically both of those things happened in December 2013. Buuut…. I worked for a week before a Christmas week off, so basically I started really working January. My OCD self loves that my new city/new job fresh start happened to coincide with a new year. I’m now 12 months in and can look you in the eye as I say “I love my job.”

I can also get right in your face as I say “I love DC.” New York Shmoo York folks. If you want an east coast vacation – especially on a budget – DC is where its at. I’ll meet you for drinks on U Street.

Living with a partner in roughly 700 square feet will do that to you. We cleared out when we moved half way across the country. We cleared out more as we unpacked. We got creative with storage.

We have to be very conscious what we bring in to the apartment. Often, if something comes in, something else has to go out. Simple living causes you to lose anything you don’t love. If you have the space for crap, you will collect crap. We now have a space that we love and feels very “us”.

In my 29th year I feel like I FINALLY have a good handle on my personal style. This growth has taken considerable attention and thought in recent months. For the first time in a long while – maybe ever – I feel comfortable and confident in my wardrobe.

Ahem. Over 50 books since I got my kindle in June. I am an unapologetic binge reader.

I’ve thought long and hard about this. If I’m truly ready to be done, this is the time. I’m not a sentimental person and I generally don’t think twice when its time to move on. Buuut… its not time. That said, I am ready to change things up around here. Simply brushing off the cobwebs isn’t enough. More another day.

I’m not talking about fitness yet; I mean in life. When I don’t want to go somewhere, I can say no without an elaborate excuse. I won’t feel guilty about saying no to dinner with friends because I need to introvert that evening, and I don’t have to make an excuse beyond that. And yes, my good friends are familiar with me saying something like “I’d love to another day, but tonight I’m introverting.” #sorrynotsorry

This really means continue the simplification I started in 2014. I don’t intend to go all out, like 100 items lists or 40 clothing pieces per season. But I do want to be more minimal in my life. Minimize things I own to only what I love, minimize habits so I have time for what I really want to do, be mindful of the TV I watch, that sort of thing. For me, this embodies a fresh start, or a clean slate, in daily life.

I’ll be honest. Fitness hasn’t been a heavy priority for me lately. I’ve been active with lots of yoga classes, walking everywhere, hiking, etc. But I know my body. I can’t maintain a healthy weight without 1) some serious cardio or 2) not eating.

For the first time EVER, I have an accountability partner. We started in December and check in twice per month, at least until my 30th birthday (!!!) in June. I have some goals I really really want to hit for that milestone birthday. My partner’s goals go beyond the summer, so I’ll reevaluate what I’m working on after June and continue with her from there.

I have a couple things in mind to be expanded on as I make them happen.

Thank you for reading and supporting. You are the best.
Cheers to a fresh start this 2015!

“Oh man, this could be weird. I’m not pretty enough to hang out with them.”

I followed up that thought by mentally scanning my closet for something that would make me feel more confident. It was easily a full minute before I caught myself.

What on EARTH am I doing? Where did that thought come from??

This happened a couple of weeks ago and it hasn’t left my mind yet. So here you go, blog friends. I’m writing it and them I’m leaving it.

Honestly I’m not sure if I’m more annoyed that I had the thought in the first place, or that I didn’t catch it right away. I have my insecurities just like anyone else. On a “fat day” my introvert self is especially wary of being around people I don’t know that well. So I’ll chalk up the original thought to just an off day.

I know better than to let someone judge my worth – or imagine that judgment – based on how I look. That’s just ridiculous to me and not the sort of people I hang out with anyway.

And holy SMOKES does this sound like high school. Good grief, L. Get a grip. I need to think about the ever stunning Jennifer Lawrence and all her goofy awkwardness that makes her one of the most likable women in Hollywood. Then I feel better.

So there it is. I had a high school-esque moment of insecurity. The solid lack of self-confidence felt foreign; maybe that’s why I haven’t been able to shake it.

At the end of the day, we all simply want to be valued/appreciated/liked/accepted/etc. and the uglier side of that desire rears its head every so often. That face is getting a kick in the teeth as I strut my confidently imperfect self on my merry way.

How do you handle those insecure moments? 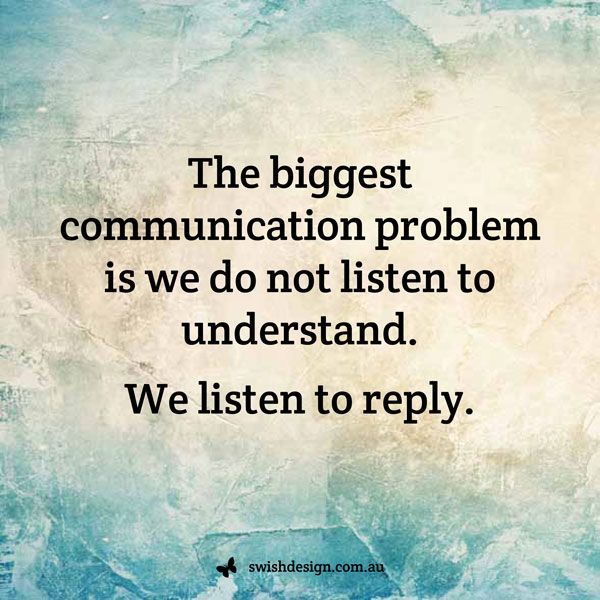 I’ve been thinking about the concept of listening recently, in two ways:

• What does listening look like? How do I do it?

• How do I know I am being truly listened to?

Because everyone wants to be heard, right? And anyone who knows another well enough to have more than 4.3 arguments is familiar with the back and forth “you’re not really listening to me!” “Yes, I am listening, you’re not hearing me.”

Or, if you’re a confidant and a friend shares with you drama with their partner/friend/co-working/etc., it’s often easier to see where the parties involved aren’t truly hearing each other.

So we are good at spotting when someone else isn’t listening. Not so good at realizing it about ourselves.

Just some musings from the last few days. I’m challenged to listen more. To think outside myself more. To trust my instincts more.

What do you think?
Does listening take courage?
Do you think you listen well or are listened to? 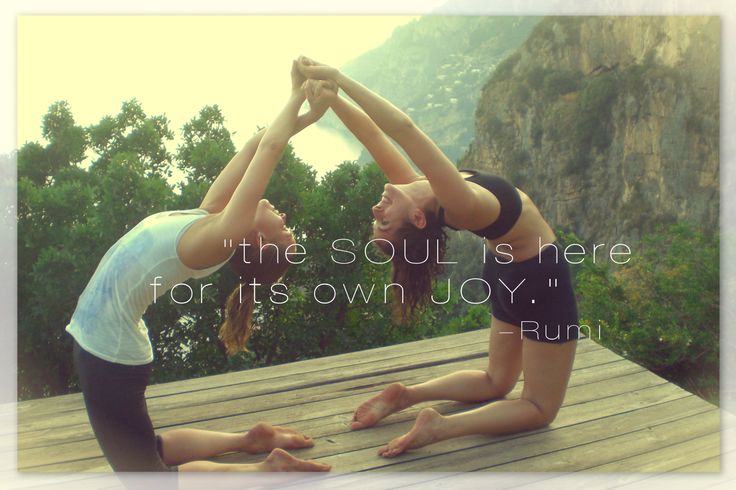 Today I’m all about joy.

I am decidedly NOT the most cheerful person ever. I can be really happy or really upset, but most of the time my emotions don’t show in a dramatic way. I’m more stoic.

{Which, btw, I just looked up: “of or pertaining to the school of philosophy founded by Zeno, who taught that people should be free from passion, unmoved by joy or grief, and submit without complaint to unavoidable necessity.” Interesting.}

Certainly, when I do express outbursts of emotion, anger or frustration is the easiest. Joy and cheerfulness, those are much harder. Pain is perhaps the hardest. Pain may disguise itself as anger on the surface, but actually expressing pain I feel… this is where anxiety kicks in. I really do not like being vulnerable.

Focus on joy this week!
What simple things bring you joy? 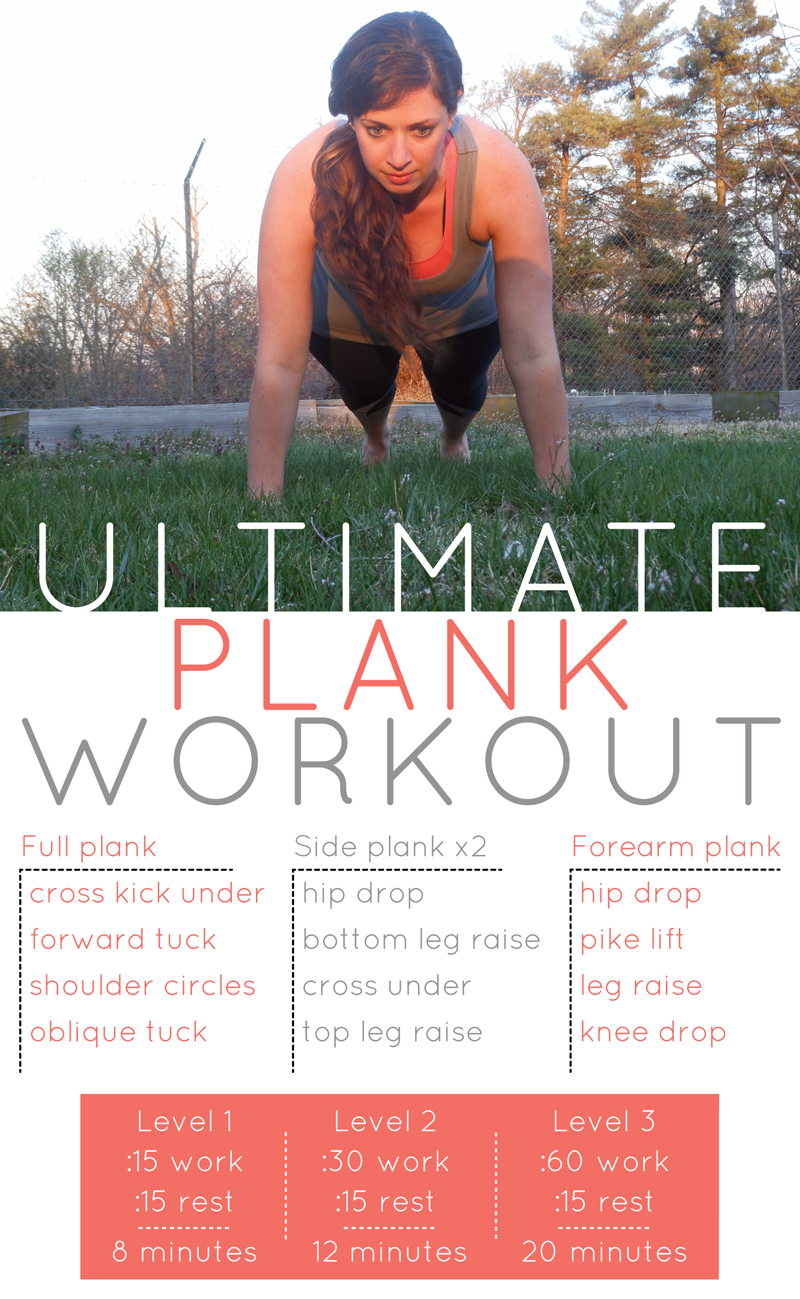 I’m actually posting twice in one week. Seems like I haven’t done that much recently. Or maybe I have and I can’t keep track. Entirely possible.

Before I continue, like every other runner blogger everywhere, I must mention the anniversary of the Boston Marathon bombing (yesterday). It didn’t impact me personally, but I took it personally. Maybe too much so. I was angry. In terms of devastating bombings/shootings/attacks, this one didn’t harm as many people as other notable events – thankfully! It could easily have been SO much worse – but the symbolism of that holiday and that event in that city can’t be missed. This week and next, when runners line up for the 2015 Boston Marathon and fans attend the baseball game and the city of Boston celebrates Patriots’ Day, my thoughts are with everyone impacted by last year’s tragedy.

I’ve been tweaking this for a few weeks now. There are literally a bazillion plank variations so I rotated through plenty until I settled on my favorite combination. I didn’t want high intensity elements, like mountain climbers or plank jacks; this is about stability and precision of movement.

It kills! In the best way. I have only managed level 2 so far – if any of you make it through level 3 you deserve a serious digital high five. Erm, or something like that. 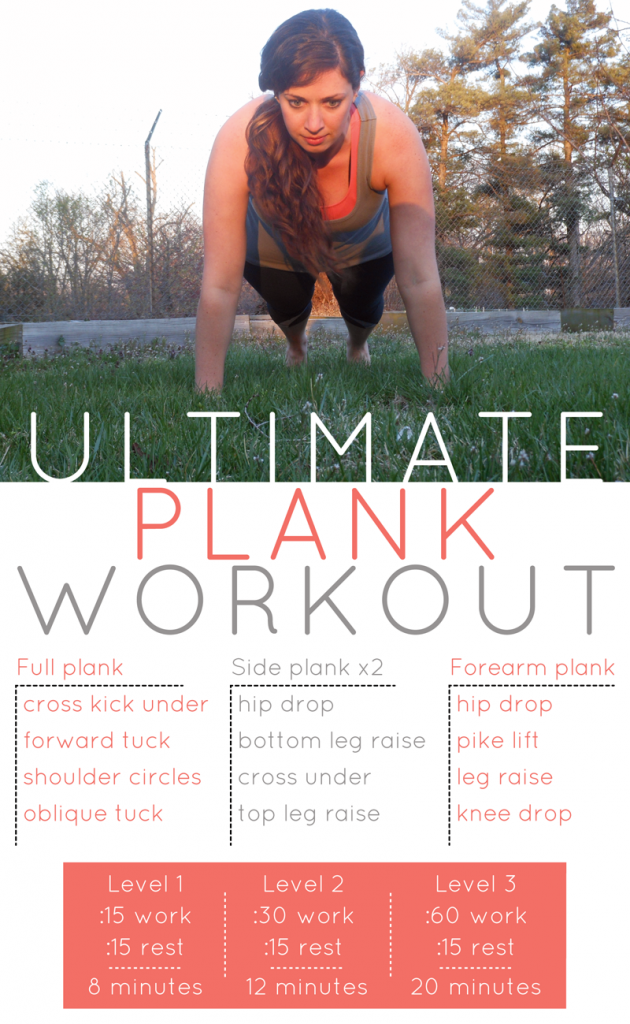 There are a couple ways to go through this: 1) through each section completely before moving on – i.e. all the full planks, then all the side planks right and left, then all the forearm planks. 2) first variation in each section, then second, and so on. I prefer that way so I’m moving around more. 3) skip the time and count reps. I usually go for 30 reps when I don’t feel like disturbing my zen with a beeping timer.

To add a quick disclaimer, always be conscious of your back when doing plank work. I know everyone says to drop your hips, but it’s easy to drop too far and hurt your back. Better to keep the hips a little high and protect the lower back.

That’s all for today! Happy hump day. Kind of; if it’s a short work week, what does that make Wednesday?

Give this plank workout a try and let me know what you think!
(Or leave a question if the variations don’t make sense).
Do you incorporate planks in your workout routine?